RETHINKING THE POLITICAL AND THE HISTORY OF POLITICS IN CHILE: LANGUAGES, DISCOURSES AND PRACTICES OF POWER.

Description
2013 in Chile will combine the end of the celebrations of the bicentenary since Independence with the commemoration of the fortieth anniversary of the coup d’etat which ushered in a bureaucratic authoritarian dictatorship. This invites us to rethink the future of the Chilean Republic and the different processes of transformation that have moulded its political history. The intellectual debate surrounding the historical and political problems of this latter period left us with a series of important academic publications that appeared between the years of political repression and the plebiscite of 1988. Paradoxically, after the return of democracy, the critical spirit of that intellectual exercise became diluted by party political conflicts and special interests, exposing the tensions in the controversial “political transition”.
Interestingly the celebration of the Bicentenary was also marked by this failure to live up to intellectual expectations. There was nothing comparable to the Centenary celebrations which were nourished by the burgeoning of critical creole thought. The so-called “essayists of the Centenary” embraced the task of dissecting the political, social and cultural problems that the country confronted having been politically independent for a century, but this did not occur with the Bicentenary.
In this context a group of historians, political scientists and economists has organised the First International Colloquium of the History of the Political. This meeting, organised jointly with the Chilean National Archive, seeks to ignite a new academic debate exploring the history of “the political” by means of an interdisciplinary perceptive that focuses on the intersections of history, political philosophy, social science, constitutional law and political economy.
Within this perspective we will consider the following methodological questions and heuristic problems that should orientate our academic reflection on politics and the history of the political in Chile:
In what was does language and discourse construct and/or determine the political sphere? To what extent can they be differentiated and on the basis of what methodologies? What is their provenance in what context do they emerge? Can micro and macro analysis make it possible to trace the sensibilities, practices, events and moments that produce and modify them? How are the future of social and political life linked? What are the contributions and limits of the human and social sciences to the understanding of the (trans)national texts and contexts that have marked the politics and history of the political in Chile?
Going beyond the theological approximations of the liberal political science, the reification of the subaltern by social history and the historiographic manichaeism that has limited the interpretations of political history to the antagonism between a series of binary concepts (e.g. conservatives and liberals, order and disorder, elites and masses) the challenge of this meeting will be to rethink politics and the history of the political (in its multiple dimensions and juxtapositions) from an interdisciplinary perspective. For precisely this reason we will be seeking to go beyond the standard diachronic focus on the construction on the Republic of Chile during the 19th and 20th century. We will also be looking at new, de-centred and cross-polinated readings that, starting from socio-historic, transnational or counterfactual perspectives, will help deciphering the problems that are hidden, ignored or exacerbated by the standard focus.
The objective of this colloquium will be to debate and analyse politics and the political by means of the different forms of language, discourse and practices that intervene in the construction of the social world. There are myriad examples of this in Chilean history. Starting with the multiple uses of the concept of “republic”, “citizenship” and “civic virtue” in the nineteenth century, the ethno-racial, gender and class biased undertones of the discourse of the nation-state and the discourses and languages of revolution, ending up with the logic of the “state of exception” of the 20th century and the rhetoric and practice of political consensus and neoliberalism in the 21st.
Taking history, political philosophy and political economy as the starting points, we invite doctoral candidates, researchers and academics to participate in this truly transdisciplinary space of debate, reflection and feedback whose goal is not only to unite a community of researchers into “the political” in the republican period but also to select the best works presented for a future publication in the format of a collective work or a special dossier of a scientific publication.

Panels
1. Redefinition and Construction of the Republic from Independence to the Democratic Transition.
2. The social question, political violence and social movements.
3. Tensions and Consensuses in the Constitution and Economic Model.
4. Institutions and Forms of Power: Practices, Bureaucracy and Political Parties.
5. Resentments, Memories of Conflict and Conflicts of Memory: Uses and Abuses of the Past in the History.

How to Participate
Interested parties should present their research by e-mail (politicaehistoriadelopolitico@gmail.com) with an one-page curriculum vitae (in PDF format) and an abstract of 250 words including name and surname, title, institutional affiliation and the number of the panel being applied to.
The Scientific Committee will select the three best proposals for each panel based on the novelty of the theme being suggested, the originality of the interpretation, the methodological coherence and the compatibility with the objectives of the colloquium.
Each panel will consist of three presentations, with 2 critical commentators with distinguished trajectories, and a moderator designated by the organising committee. Each presenter will have a maximum of 20 minutes to present his text. At the end each panel will receive questions and criticisms from the commentators and public.
Once all the panels have been concluded the colloquium will finish with a round table in which certain commentators and members of the scientific committee will participate.
The presenters and the public who have been properly registered will be presented with a certificate of attendance and participation at the colloquium emitted by the Chilean National Archive. 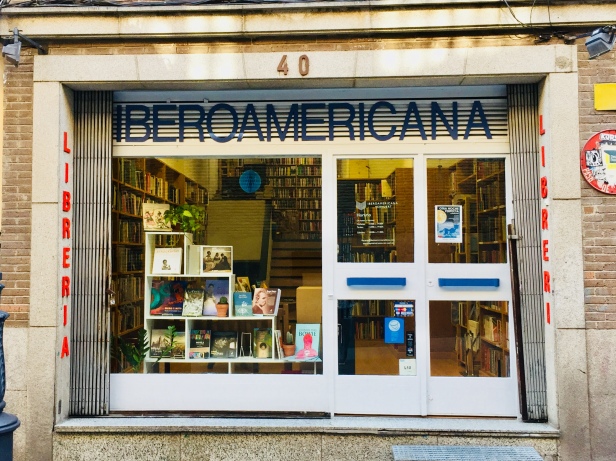